Earlier this year, we wrote a summary of a research paper that studied societies with inherent peace systems and came up with eight actionable keys to a peaceful organization. The paper focused on peace systems through anthropological and historical literature and their correlation with certain identified peace values.

While it was often believed that all societies have engaged in war at some point because of the pervasiveness of an aggressive human nature, the authors argued here that some specific factors contribute to the development of peace systems within these cultures too. Peace systems were defined as “clusters of neighboring societies that do not make war with each other”. They provided data to show how eight core factors promote peace within dynamic peace systems.

The 8 Actionable Steps to a Peaceful Organization

In this piece, we will take you through these 8 identified factors and strategically look at how they can be implemented at the workplace in order to create a peaceful organizational culture:

1) An Overarching Common Identity in Addition to Individual Identities

In considering implementing the keys to a peaceful organization, looking at overarching common identity is vital. One of the key features of an 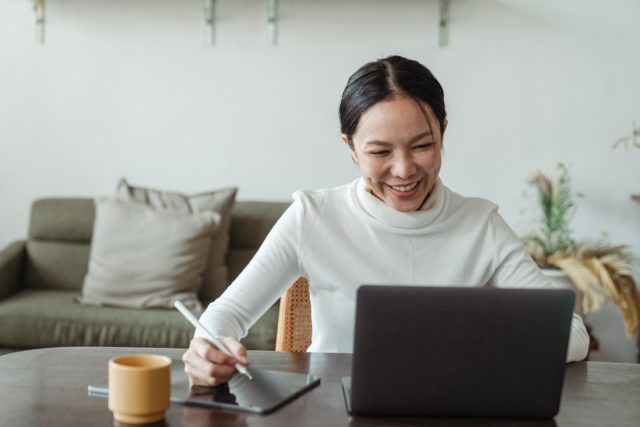 inclusive workplace is to give employees space for their individual identities to manifest in interactions safely, while also having the uniting factor of an overarching identity of being an employee of that company. This creates a sense of unity despite inherent differences surrounding race, nationality, religion, language, class, etc.

The authors stressed that such an overarching identity takes time to develop. In the workplace, it can be nudged by exploring company goals and the industry that the company is catering to.

For example, in the hospitality industry, values surrounding care, service, luxury, design, customer experience can become an important aspect of the workplace identity. Likewise, the financial services industry may value maximizing profits, improving markets, managing investment portfolios, wealth creation, etc., which often take the forefront of workplace identity. Similarly, in the field of international development, values like humanity, education, healthcare, altruism, empathy, and understanding of other cultures are often at the forefront of workplace identity.

The values required of employees who work in a common field often become their primary identity in the workplace, surpassing their local identities of race, caste, gender, nationality, etc.

In the 21st century, we have rapidly shifting economies and workplaces. Startups are formed a dozen every hour, and few workplaces have the opportunity to build a historical narrative. In such a case, it becomes important to leverage simple activities like lunch breaks, team-building sessions, documenting milestones of deals, mergers, profits, etc. to build a sense of history, no matter the company’s age or legacy.

3) Interdependence Among the Social Units

Interdependence among the social units of an organization is important to consider as one of the keys to a peaceful organization. There are three subtypes of interdependence identified in the research study: security, ecological, and economic. Economic interdependence is especially recognized as being highly significant. As stated above in prosocial interconnectedness, a workplace already has financial and economic interconnectedness that spans across team goals. This being said, the topics of targets, lead conversions, client landing, etc. are all common outcome-oriented goals that employees are cognizant of.

Further, there is already some form of interdependence among the different workplace units (i.e., finance, HR, marketing, sales, etc.) that can be capitalized on even more to increase interaction. Managers can reinforce this interconnectedness and not work in silos in order to improve peace levels. Recognizing and acknowledging this interdependence itself can be a big uniting factor.

The researchers considered the following values as non-warring: favor negotiation, cooperation, and the rule of law. A company culture that consciously prioritizes support, collaboration, and growth over hierarchies, sabotage, ego, and condensation is more likely to outlive its competitors.

Inclusion is tied closely with the keys to a peaceful organization. This being said, organizations that believe in employee well-being, inclusion, and senior members making their team feel comfortable rather than the other way round, are those that will more likely see greater employee retention. Attrition is not common in workplaces where norms are employee-friendly and cooperative. Long-term retention builds loyalty, and hence a consistent workforce. This workforce consistency leads to increased energy available for core organizational tasks that can ultimately lead the company to success.

Further, companies who allow their employees the flexibility to negotiate their terms- such as timings, projects, or salary, also see more retention as they believe in providing their teams with agency. This sense of responsibility has reciprocal effects, as it recognizes individual needs in a world that is stuck with hierarchies and infantilization. As for the rule of law, an environment where everyone’s needs are considered equally important is one that is truly egalitarian and free from hierarchies. As inequality and differences breed conflict, such workplaces have fewer battles to fight.

In looking at the keys to a peaceful organization, the utilization of narratives, rituals, ceremonies, and symbols that reinforce peaceful values, norms, beliefs, and conduct is critical to consider. 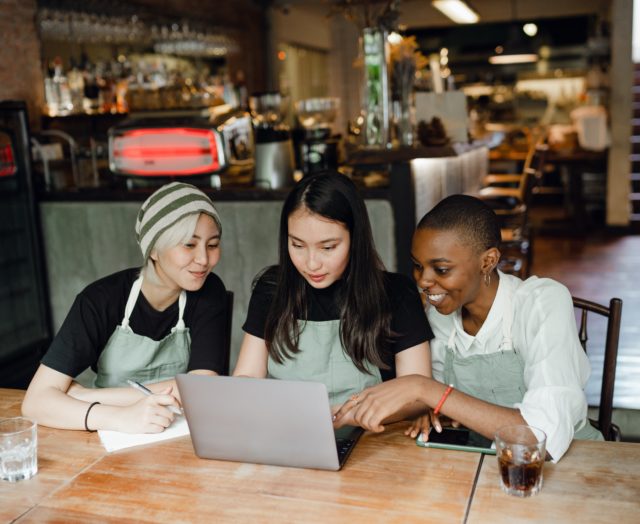 The researchers quoted Jean Monnet: “Nothing is possible without men; nothing is lasting without institutions….The life of institutions is longer than that of men: if they are well built, they can accumulate and hand on the wisdom to succeeding generations.” Institution-building is not an easy job and takes several years to establish. Starting with something as small as company rituals – assigning days in a week for casual wear, conducting small ceremonies when employees have birthdays or are promoted, and holiday traditions – can go a long way.

US Human Resources Departments should also consider scheduling important holiday celebrations that include non-American or non-Christian holidays. In this globalized world, workplaces have employees from a myriad of cultures. Therefore, festivals like Diwali, Eid, or Muharram must be celebrated with the same vigor as Christmas or Thanksgiving. Even regular diversity and inclusion training can be a ritual that symbolizes a commitment to core values of inclusion and well-being of all employees. These rituals form the foundational backbone of long-term company culture, and hence should be curated with utmost care and commitment.

The authors mention “the superordinate institutions’ hypothesis may apply primarily at more complex levels of social organization, as contrasted with bands and tribes”. Larger organizations with big teams can make use of this principle. In an industry, different companies are interdependent amongst each other for knowledge, division of macro goals, and market share. To have a positive interaction with these seemingly professional “rivals” is a step in the right direction. Industry-level conferences, panels, and camps establish a good culture of regard, trust, collaboration, and mutual goals of industry advancement. To move beyond petty competition also reduces the likelihood of conflict and improves peace levels.

Therefore, when considering implementing the keys to a peaceful organization, collaborating with superordinate institutions should be encouraged if possible.

Out of all the keys to a peaceful organization, we often find intergroup conflict management training for employees is most neglected but highly important for peaceful employee interaction.

Many workplaces invest in employee training, especially in areas like leadership and sexual harassment. However, conflict management as a workplace skill is rarely given importance in its own right. If there is existing acknowledgment and training on the topic, then managers are not shocked when it does happen in their teams. It’s only when there is no prior understanding of conflict resolution, that the leadership is caught off guard and doesn’t know how to address it. When this happens, the natural reaction is often to suppress it, leading to further escalation and even crisis.

Such cases are commonly handed over to HR when they reach a peak, and rarely lead to any type of win-win solution. Hence, there must be effort made to train all employees in conflict resolution skills, because differences can arise in any department at any time, and prevention is better than cure. Companies can build an in-house mechanism, as well as consult third-party organizations to help resolve conflicts between staff routinely. We at PPS offer training for workplaces on diversity, inclusion, conflict management, and conflict resolution. We can help strengthen your organization’s capacity and mechanisms to deal with conflict long-term. Contact us for a free consultation!

Last but not least, visionary peace leadership is critical as one of the keys to a peaceful organization. Leadership is a difficult responsibility that encompasses a lot of difficult decision-making. Leadership that acknowledges conflict and is committed to building peace is one that can sustain an organization’s growth and long-term success. The authors provide examples of visionary leadership in several historical contexts, such as the Federalists in the United States. Another example included the Iroquois legend of Deganawidah, the visionary peacemaker who unified tribes and symbolically buried weapons of war under the great tree of peace.

The term visionary refers to futuristic, intuitive, responsible, and someone with a long-term focus who can delay immediate gratification. To adopt fair practices while being able to see a financially viable and sustainable future for the company shows maturity and accountability. Conflicts are less likely to occur or escalate under the leadership of such individuals, as norms are set from the top-down. Such leaders recruit the right people with positive attitudes and have the instinctive tools to nip conflict in the bud or find the appropriate tools to address it.

The above eight actionable keys to a peaceful organization are empirically tested and if adopted, can ensure a healthy workplace. If your workplace needs help in implementing these, contact us to get in touch!

Anupriya Kukreja is a graduate in Political Science and Psychology from Ashoka University in India. She has interned at Hospitals in their psychology departments and worked at reputed policy organizations, as well as been an Albright Fellow at Wellesley College. At PPS, she examines the latest research in international conflict and writes about how such methods may apply to conflict in the workplace. She is also a part of APA Division 48’s official Newsletter "The Peace Psychologist’s" editorial team. Her long-term career goal is to apply the lens of Behaviour science to Public Policy, Conflict Resolution, and Organizational Transformation.

previous
Foundations of Intergroup Contact Research: Allport's "The Nature of Prejudice"
next
How to Suggest Conflict Coaching in the Workplace