Whether at the international or interpersonal level, terms like conflict management and conflict resolution are often used synonymously, even though both actually have different definitions. Lesser known but equally important is the concept of conflict transformation, which also holds its own unique definition apart from its conflict management and conflict resolution cousins. Considering that each of these concepts holds their own identity, the question must be asked: What are the differences between these three fundamental concepts? For workplace peacebuilders, there is an even more crucial question to consider: How do we differentiate between these concepts and know when to apply each pragmatically in the workplace?

In order for peacebuilders to be effective in handling conflicts, understanding the difference between these three concepts is key. In this article, we define conflict management, conflict resolution, and conflict transformation as well as offer examples of situations in which peacebuilders can utilize each of these methods.

According to Bloomfield and Reilly, conflict management can be defined as “the positive and constructive handling of difference and divergence” (Bloomfield and Reilly, 1998). Instead of focusing on resolving differences between people, conflict management takes a pragmatic approach to conflict by constructing agreements and practices that allow people to effectively cooperate despite their differences. Thus, conflict management does not spend as much time figuring out how a specific conflict can be resolved or transformed but rather offers strategies to mitigate a conflict’s negative effects. These strategies may come at the interpersonal, intergroup, or systemic levels of intervention.

Unlike conflict management, which focuses on providing tools to mitigate conflict, and conflict resolution, which focuses on providing creative solutions through resolving conflict constructively, conflict transformation asserts that individual conflicts are influenced by larger cultures, systems, and structures that promote the continuation of conflict. Like conflict resolution, conflict transformation fulfills psychological needs by not only making sure parties’ needs are addressed in individual conflicts but by ensuring they are being fulfilled by the system surrounding the conflicts.

According to Lederach, actively engaging in conflict transformation is “to envision and respond to the ebb and flow of social conflict as life-giving opportunities for creating constructive change processes that reduce violence, increase justice in direct interaction and social structures, and respond to real-life problems in human relationships” (Lederach, 2003, p. 22). With a focus on transforming conflict through addressing larger structures, “the goal of conflict transformation is peace; the capacity to handle conflict creatively and nonviolently” (Galtung, 2000). Instead of merely arriving at a proposed solution, conflict transformation empowers individuals to creatively and nonviolently handle conflicts on their own while addressing changes in the surrounding system that may allow for sustained peace. 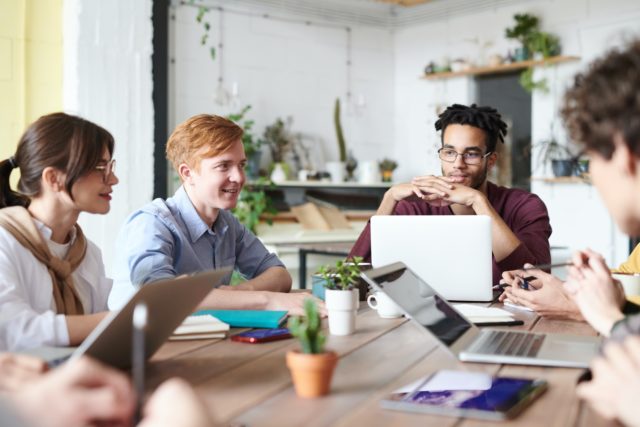 Things That Can Lead to Potential Conflict in the Workplace